In this lesson, the students learn the three types of honey bees in a hive and the responsibilities of each by playing the part of the bee. They also learn the life cycle of a bee and how they contribute to both plants and humans

In this lesson students will be able to:

Diagram of the three types of bees

Materials to build a honeycomb

Honey sticks or other honey sample

To prep for cell wall construction:

Allow enough room in the class or garden to accommodate the honeycomb. Each cell will be about one foot across. (A class of 15 will require about 6' x 6' plus room to move around the comb)

In the opening circle: 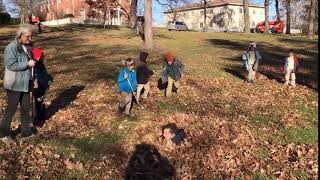 All the Leaves are Brown 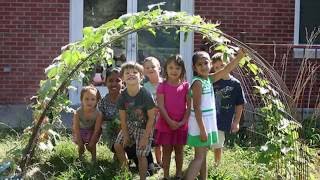 Garden of Bliss at Maharishi School

Cool as a Cucumber

Five Senses in the Garden